LEIDEN, Netherlands and CAMBRIDGE, Mass., (GLOBE NEWSWIRE) -- (Nasdaq:PRQR), a company dedicated to changing lives through the creation of transformative RNA medicines for the treatment of severe genetic rare diseases, today reported its financial results for the second quarter ended June 30, 2019.

“In the first half of 2019, we made tremendous progress towards accomplishing the goals set out in ProQR’s Vision 2023 strategy, which includes starting the Phase 2/3 trial for sepofarsen in LCA10 patients, initiating the first-in-human trial for QR-421a for usher syndrome type 2 and advancing QR-1123 further towards the clinic,” said Daniel A. de Boer, CEO of ProQR. “In line with our strategy, we also announced adding two new targets to our growing pipeline in ophthalmology and we are making progress in other areas, including increasing our efforts to develop our retinoid models and advancing commercial planning.”

Research and development costs totaled €9.5 million for the quarter ended compared to €6.0 million for the same period last year and are comprised of allocated employee costs, including share-based payments, the costs of materials and laboratory consumables, outsourced activities, license and intellectual property costs and other allocated costs. The increase in R&D expenses was primarily due to initiation of the clinical trials for sepofarsen and QR421a in 2019 and completion of the clinical trial for eluforsen in 2018.

Net loss for the three-month period ended was €11.7 million or €0.30 per share, compared to a €7.4 million loss or €0.23 per share for the same period last year. For further financial information for the period ended , please refer to the financial statements appearing at the end of this release.

Sepofarsen (formerly named QR-110) is a first-in-class investigational RNA-based oligonucleotide designed to address the underlying cause of Leber’s Congenital Amaurosis 10 due to the p.Cys998X mutation (also known as the c.2991+1655A>G mutation) in the CEP290 gene. The p.Cys998X mutation is a substitution of one nucleotide in the pre-mRNA that leads to aberrant splicing of the mRNA and non-functional CEP290 protein. Sepofarsen is designed to restore normal (wild-type) CEP290 mRNA, leading to the production of normal CEP290 protein by binding to the mutated location in the pre-mRNA, causing normal splicing of the pre-mRNA. Sepofarsen is intended to be administered through intravitreal injections in the eye and has been granted orphan drug designation in the United States and the European Union and received fast-track designation from the FDA and granted access to the PRIority MEdicines (PRIME) program by the EMA.

Leber’s Congenital Amaurosis (LCA) is the most common cause of blindness due to genetic disease in children and consists of a group of diseases of which LCA10 is the most frequent and one of the more severe forms. LCA10 is caused by mutations in the CEP290 gene, of which the p.Cys998X mutation is the most common. LCA10 leads to early loss of vision, causing most people to lose their sight in the first few years of life. To date, there are no treatments approved that treat the underlying cause of the disease. Approximately 2,000 people in the Western world have LCA10 because of this mutation.

QR-421a is a first-in-class investigational RNA-based oligonucleotide designed to address the underlying cause of vision loss in Usher syndrome type 2 and non-syndromic retinitis pigmentosa (RP) due to mutations in exon 13 of the USH2A gene. QR-421a is designed to restore functional Usherin protein by using an exon skipping approach with the aim to stop or reverse vision loss in patients. QR-421a is intended to be administered through intravitreal injections in the eye and has been granted orphan drug designation in the United States and the European Union and received fast-track designation from the FDA.

Usher syndrome is the leading cause of combined deafness and blindness. Patients with this syndrome generally progress to a stage in which they have very limited central vision and moderate to severe deafness. Usher syndrome type 2 is one of the most common forms of Usher syndrome and is caused by mutations in the USH2A gene. To date, there are no approved treatments or products in clinical development that treat the vision loss associated with Usher syndrome type 2.

QR-1123 is a first-in-class investigational oligonucleotide (gapmer) that was developed by using Ionis’ proprietary antisense technology for the treatment of adRP due to the P23H mutation in the RHO gene. The therapy aims to inhibit the formation of the mutated toxic version of the rhodopsin protein by specifically binding the mutated RHO mRNA. Binding of QR-1123 causes allele specific knockdown of the mutated mRNA by a mechanism called RNase H mediated cleavage without affecting the normal RHO mRNA. QR-1123 is intended to be administered through intravitreal injections in the eye.

Autosomal dominant retinitis pigmentosa, or adRP, is a severe and rare genetic disease that causes progressive reduction in night and peripheral vision during childhood and frequently leads to blindness in mid adulthood. In , the most prevalent mutation associated with adRP is the P23H point mutation (also known as the c.68C>A mutation) in the rhodopsin (RHO) gene and affects approximately 2,500 people. This gain of function mutation causes misfolding of the rhodopsin protein that becomes toxic to the photoreceptor cells in the retina. Over time the cells die and vision is progressively lost. There are currently no therapies approved or in clinical development for P23H adRP. A natural history study in patients with P23H adRP has been conducted.

ProQR Therapeutics is dedicated to changing lives through the creation of transformative RNA medicines for the treatment of severe genetic rare diseases such as Leber’s congenital amaurosis 10, Usher syndrome type 2 and autosomal dominant retinitis pigmentosa (adRP).  Based on our unique proprietary RNA repair platform technologies we are growing our pipeline with patients and loved ones in mind.
*Since 2012* 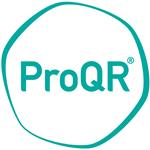